Ananse's Feast: an Ashanti tale is about greed, a common theme in West African folklore. Ananse prepares a feast but doesn't want to share it as food has been scarce. His friend Akye (turtle) drops by ... Leer reseńa completa

Tololwa Mollel was born in Tanzania in 1952. He grew up in Arusha Tanzania at the times when oral tradition was still alive and well. Mollel received his undergraduate degree from the University of Dar-es-Salaam in Tanzania, and his masters degree from the University of Alberta, Edmonton. He has worked as an actor and university theatre instructor in Tanzania and Canada and as a writer-in-residence for the Edmonton Public Library. It was not untill Mollel went to study in Canada that he realized the depth of experience related in the stories his grandfather told him. The Orphan boy is one of his best story books, it won the Canadian Governor General's Award in 1990. Mollel has also won the Writers Guild of Alberta's R. Ross Annett Children's Prize for Big Boy in 1995. He was Shortlisted for Ontario's Silver Birch Award for The Flying Tortoise in 1994, and he won the Florida Reading Association Award for Rhinos for Lunch and Elephants for Supper!

Andrew Glass has written several books for children and has illustrated many.. He lives in New York City with his wife. 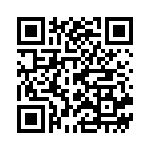