Dr Ken Beauchamp (1923-1999) obtained his CGIA in Telecommunications in 1952 and his PhD in Signal Processing in 1973. Following several research positions in electronics at GEC, AEI, Cranfield and the AWRE, he became Director of Computing at the University of Lancaster in 1974. After his retirement in 1985, Dr Beauchamp began to write extensively as well as acting as a visiting Senior Lecturer in Telecommunications at Singapore University. Among his published books is Exhibiting Electricity (IEE, 1997). Dr Beauchamp was a fellow of the IEE. 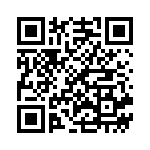