Pßgina 376
She had not before seen me , but had , so I was told , taken a fancy to me on being shown , on the occasion of her second visit to my mother , my photo- graph , taken when I was aged ten , holding a gun , and declar- ing , according to ...
Pßgina 394
Some months after reaching London , she had taken in a weekly literary paper , in which she had seen advertised a species of Writers ' Club , ' which , so the advertisement stated , all writers would do well to join . Kathleen joined .
Pßgina 561
C. had opened our picnic box and taken out some fruit , hoping to give us a little refreshment . One of the men snatched it from her hand and ate it with a bestial grin on his face . They also explored the contents of a box of ... 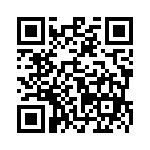