Página 204
The guiding principle of the regime was to oppose the emergence of a separate
Palestinian identity and to resist the formation of a separate ... This was reflected
in the slogan of the regime : ' Jordan is Palestine and Palestine is Jordan ' .
Página 517
talks was the status of the Palestinians . On the last day of the Madrid talks an
understanding was reached that in the bilateral phase the Israelis would
negotiate separately with the Palestinians and the Jordanians . Accordingly , the
Americans ...
Página 558
The Likud , he believed , wanted to collude with Jordan to prevent the
establishment of a Palestinian state , which was implicit in the Oslo ... A
Palestinian state on the West Bank would serve to radicalize the Palestinians in
Israel and Jordan . 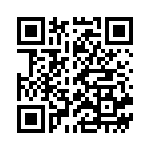