Columbus was most likely not Genoese

I've read several bestseller mystery novels this summer, and enjoyed just as much Merrill's non-fiction detective story about the origins and identity of Columbus. (He drew me into the story as well ... Leer reseńa completa

Charle J. Merrill's fanciful theory was promoted on August 1, 2004, at 10PM EDT, on the Discovery Channel broadcast of "Columbus: Secrets from the grave," a program that was saturated with all sorts ... Leer reseńa completa

Charles J. Merrill is an associate professor of foreign languages at Mount Saint Mary's Seminary in Emmitsburg, Maryland. He lives in Frederick, Maryland. 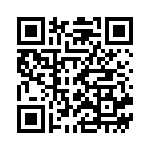