These two works add immensely to our understanding of Dostoevsky, though they have quite different purposes: Frank completes his monumental biography of Dostoevsky, while Scanlan examines the Russian ... Leer reseńa completa

Joseph Frank is Professor of Comparative Literature Emeritus at Princeton University and Professor of Comparative Literature and Slavic Languages and Literature Emeritus at Stanford University. Previous volumes of Dostoevsky have received the National Book Critics Circle Award for Biography, two Christian Gauss Awards, two James Russell Lowell Awards of the Modern Language Association, a Los Angeles Times Book Prize, and other honors. In addition to the previous volumes of Dostoevsky, Frank is the author of Through the Russian Prism: Essays on Literature and Culture (Princeton), The Widening Gyre, and The Idea of Spatial Form. 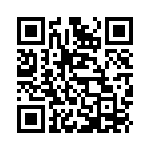