Claudi Alsina received his BA and Ph.D. in Mathematics from the University of Barcelona. His postdoctoral studies were at the University of Massachusetts, Amherst. As Professor of Mathematics at the Technical University of Catalonia, Claudi has delivered a wide range of research papers, publications and lectures on mathematics and mathematics education. His latest books include Associative Functions (co-authored with M. J. Frank and B. Schweizer, WSP, 2006) and Math Made Visual (co-authored with Roger B. Nelsen, MAA, 2006).

Roger B. Nelsen received his BA in Mathematics from DePauw University and his Ph.D. from Duke University in 1969. He taught mathematics and statistics at Lewis and Clark College for forty years before his retirement in 2009. His previous books include Proofs Without Words (MAA, 1993) and An Introduction to Copulas (Springer, 1999). 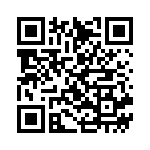