Webster Griffin Tarpley is an activist and historian best known for his George Bush: The Unauthorized Biography (1992), which has become an underground classic on the internet at www.tarpley.net. An expert on international terrorism with decades of experience, he directed the study Chi ha ucciso Aldo Moro? (Who Killed Aldo Moro?), which was commissioned by a member of the Italian government and published in Rome in 1978. He also co-authored American Leviathan: Administrative Fascism Under the Bush Regime (1991), which identified many tendencies which have become prominent today, and Surviving the Cataclysm (1999), an analysis of the world financial crisis. Against Oligarchy, a collection of his essays and speeches, appeared on the internet in 1996. He has appeared on CNN Crossfire, Charlie Rose, many talk radio shows, and cable access television across North America. 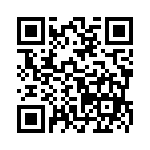