Alfred Dürr is one of the principal editors of the Neue Bach Ausgabe in which he edited "Bach's Well-Tempered Clavier." He holds honorary doctorates of music at Baldwin-Wallace College, Ohio and at Oxford University.

Richard Jones is a Bach scholar who has been a music editor, writer, and teacher since 1980. He studied at the University of Oxford and has taught at the universities of Cardiff and Sheffield. In 1997 he became the editor of the piano grade exam pieces for the Associated Board. 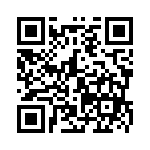