The new Grove dictionary of music and musicians

Now appearing in print and online simultaneously, this expanded second edition of the most substantial, comprehensive music encyclopedia in English deserves applause for including greater coverage of ... Leer reseńa completa

The late Stanley Sadie is one of the world's leading musicologists. Educated with a Ph.D. from Cambridge University, he became a music critic at The Times of London in 1964 and was then editor of the Musical Times from 1967-1987. John Tyrrell is a Professor of Music, University ofNottingham. 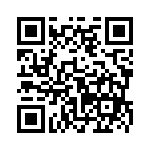