Página 114
On the South - eaft fide of the entrance into the chancel is an extremely beautiful white marble monument , executed by Nollekens , confifting of an obelifk or vafe , at the bafe of which are two angels , one fitting weeping , the other ...
Página 195
On the fame fide are feveral apartments , one of which is inha bited ; another is converted into a pound - houfe , in which stands a moorftone trough of great bulk , for the purpose of breaking apples for the pound .
Página 278
In the nave or fpace on the Northeaft fide , near the chancel door aforefaid , is a large flat dark - grey stone with this : " Here lieth the body of Mr. JoHN KING , citizen and draper , of Londog , buried March the 9th , 1656-7 ... 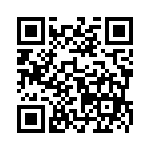