Juan Jose Arreola, 1918 - 2001 Juan Jose Arreola was born in 1918 in Ciudad Guzman in the western state of Jalisco. Although he never finished elementary school, he managed to teach himself to read and got a job as an apprentice to a bookbinder. In 1941, Arreola got a job as a reporter and eventually became head of the circulation department for El Occidental in Guadalajara. In Guadalajara, Arreola befriended Juan Rulfo, a famous Mexican writer. Arreola would later adopt Rulfo's style of writing when he himself took up the trade. In 1943, Arreola published "Hizo el Bien Mientras Vivio" or "He Did Good While He Lived" in the magazine Eos. Two years later, he won a scholarship to study in Paris. Upon his return, he finished "Varia Invencion" or "Diverse Inventions" which went on to redefine Mexican literature with its mixture of poetry and prose. The story was so well received that a new genre was named after the title of the story. Arreola's next title, "Confabulario" firmly established his reputation. Arreola went on to publish 16 more books of short stories. In 1976 he won the National Linguistics and Literature prize, and later he won the Juan Rulfo Prize for Latin American and Caribbean Literature. Arreola was also named an Officer of Arts and Letters by the French Government. Juan Jose Arreola died at the age of 83 in his home in Guadalajara on December 3, 2001. 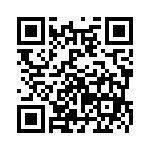