Susannah Verney is Assistant Professor in European Integration at the University of Athens and has also held Visiting Fellowships at the Universities of Bristol and Bradford. She is Editor of South European Society & Politics (since 1999) and former Associate Editor of The Journal of Modern Greek Studies (2000-2002). 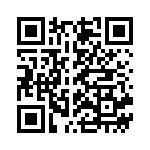