Página 166
Thus the initial sounds in the sequences which we recognize as the words poor ,
pit and pew are all demonstrably different , both acoustically and articulatorily ;
the ' p ' sound in poor is pronounced with rounded lips , and the ' p ' sound in pew
...
Página 248
For example , we can pronounce any of the sounds with our lips rounded . This
produces an acoustically distinct effect , which is utilized functionally in such
languages as German , Danish , Norwegian , Swedish . Thus , German
systematically ...
Página 250
It is only in terms of the actual physical output of sounds , i.e. the physiological -
acoustic terms , that we can make rigorous comparisons . Unfortunately , as we
saw , the degree of variability in these sounds between different individual dialect
... 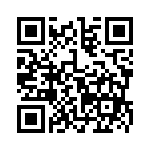