Página 243
Philosophy , then , or Science , is related to Knowledge in this way : -Knowledge is called by the name of Science or Philosophy , when it is acted upon , informed , or if I may use a strong figure , impregnated by Reason .
Página 388
... are using violence and upsetting the business arrangements of the country in their undue impatience to attain their end ? " Let me try to explain to you the situation . Although we have a so - called democracy , and so - called ...
Página 474
If we are now called upon to endure what they have been suffering , we shall emulate their courage , and if final victory rewards our toils they shall share the gains , aye , and freedom shall be restored to all .

The English reader: what every literate person needs to know

Diane Ravitch is Research Professor of Education at the Steinhardt School of Education, New York University. One of America's pre-eminent historians of education, her books include Left Back, The Great School Wars, The Troubled Crusade, The Language Police, The American Reader, and The Democracy
Reader. She was Assistant Secretary of Education in the first Bush administration and was appointed to a federal testing agency by President Clinton.
Michael Ravitch is a freelance critic and writer. His work has appeared in The New Republic, Yale Review, and other publications. 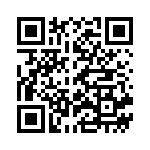