Página 60
In 477 , says the English Chronicle - written down , it must be remembered , from traditional sources , four centuries later , at the court of Alfred the West Saxon - in 477 , Ælle and his three sons , Cymen , W'lencing , and Cissa ...
Página 61
In the first - named district we find a large group of English clan villages , including Patching , Poling , Angmering , Goring , Worthing , Tarring , Washington , Lullington , Blatchingden , Ovingdean , Rottingdean , and many others .
Página 62
The Romanised Britons became English churls and serfs - nay , the very name for a serf in ordinary conversation was Weala or WelshThe population received a new element — the English Saxons - but it was not completely changed . 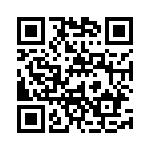