Scott McGill is Professor of Classics at Rice University. He is the author of Plagiarism in Latin Literature and Virgil Recomposed: The Mythological and Secular Virgilian Centos in Antiquity and the translator of Juvencus' Four Books of the Gospels.

Edward J. Watts is Alkiviadis Vassiliadis Chair and Professor of History at University of California, San Diego. He is the author of four books including The Final Pagan Generation and Hypatia: The Life and Legend of an Ancient Philosopher. 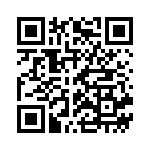