Página 4
Manuel , the guide , had told me that it was all right to travel in daylight from this point onwards . Joe was against the scheme ; he was not a bit tired , and despite his G.I. boots , which were falling to pieces , he reckoned he ...
Página 411
Of storm and tempest she could have told without doubt , but she was a rue sailor , and , though her ageing bones demanded much attention from er doctors , the Engineers , she could till ride a sea as sturdily as when he was young .
Página 262
They told me , Heraclitus , they told me you were dead , They brought me bitter news to hear and bitter tears to shed . " A TRIP TO TIMBUCTOO . BY DONALD GRAHAM . BY. 66 I NEVER met him . He died many years before I was born , when my ... 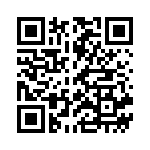