Página 1
He passed where Newark's stately tower Looks out from Yarrow's birchen bower : The Minstrel gazed with wishful eyeNo humbler resting - place was nigh .
Página 6
The scampering Hare outstript the wind , The creeping Tortoise lagg'd behind , And scarce had pass'd a single pole , When puss had almost reach'd the goal .
Página 10
“ Older and abler pass'd you by ! “ How strong are those ! how weak am I ! “ Should I presume to bear you hence , “ Those friends of mine may take offence .
Página 15
The twelve days passed , he comes once more , And brings the horses to the door , The boys with rapture see appear The pony and the dappled mare .
Página 23
Slow were the passing hours , yet swift The months appeared to roll ; And now the day returned that shook With terror William's soulA day that William never ...
Siguiente »

Página 285 - When that the poor have cried, Caesar hath wept; Ambition should be made of sterner stuff: Yet Brutus says he was ambitious, And Brutus is an honourable man.
Aparece en 828 libros entre 1767 y 2008
Página 276 - Cromwell, I did not think to shed a tear In all my miseries ; but thou hast forced me, Out of thy honest truth, to play the woman. Let's dry our eyes : and thus far hear me, Cromwell ; And, when I am forgotten, as I shall be, And sleep in dull cold marble, where no mention Of me more must be heard of, say, I taught thee...
Aparece en 804 libros entre 1709 y 2008
Más
Página 296 - No traveller returns, puzzles the will And makes us rather bear those ills we have Than fly to others that we know not of ? Thus conscience does make cowards of us all...
Aparece en 699 libros entre 1709 y 2008
Página 64 - Near yonder copse, where once the garden smiled, And still where many a garden flower grows wild; There, where a few torn shrubs the place disclose, The village preacher's modest mansion rose. A man he was to all the country dear, And passing rich with forty pounds a year; Remote from towns he ran his godly race, Nor e'er had changed, nor wished to change his place...
Aparece en 979 libros entre 1771 y 2007
Página 287 - I am no orator, as Brutus is; But, as you know me all, a plain blunt man, That love my friend; and that they know full well That gave me public leave to speak of him: For I have neither wit, nor words, nor worth, Action, nor utterance, nor the power of speech, To stir men's blood...
Aparece en 863 libros entre 1803 y 2008
Página 65 - Thus to relieve the wretched was his pride, And e'en his failings leaned to Virtue's side; But in his duty prompt at every call, He watched and wept, he prayed and felt, for all. And, as a bird each fond endearment tries To tempt its new-fledged offspring to the skies, He tried each art, reproved each dull delay, Allured to brighter worlds, and led the way.
Aparece en 805 libros entre 1792 y 2008
Página 285 - But yesterday the word of Caesar might Have stood against the world: now lies he there, And none so poor to do him reverence.
Aparece en 878 libros entre 1804 y 2008
Página 240 - Night, sable goddess ! from her ebon throne, In rayless majesty, now stretches forth Her leaden sceptre o'er a slumbering world. Silence how dead! and darkness how profound! Nor eye nor listening ear an object finds ; Creation sleeps. 'Tis as the general pulse Of life stood still, and Nature made a pause ; An awful pause! prophetic of her end.
Aparece en 526 libros entre 1798 y 2008
Página 240 - The bell strikes one. We take no note of time, But from its loss. To give it then a tongue Is wise in man. As if an angel spoke, I feel the solemn sound. If heard aright, It is the, knell of my departed hours : Where are they?
Aparece en 486 libros entre 1750 y 2007
Página 159 - And e'en the bare-worn common is denied. If to the city sped — What waits him there? To see profusion that he must not share ; To see ten thousand baneful arts combined To pamper luxury, and thin mankind ; To see each joy the sons of pleasure know, Extorted from his fellow-creature's woe.
Aparece en 460 libros entre 1792 y 2008
Menos 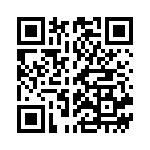