Austrian-born economist, political philosopher, and psychologist Friedrich von Hayek is best remembered today for both his contributions to economic theory and his opposition to socialism. Economics was one of Hayek's early interests; while serving as an artillery officer on the Italian front in 1917, he read an economics text to pass the time. In 1918 he left the army and enrolled at the University of Vienna, where he received degrees in both law and economics. While at the university, he helped organize an influential group of young scholars, who became known as the "Vienna Circle." In 1927 Hayek became one of the founders of the Austrian Economic Society and the Austrian Institute of Business Cycle Research, where he served as director. In 1929 Hayek published his classic Monetary Theory and the Trade Cycle, which argued that the business cycle is caused by an increase in credit or monetary stimulus. In the same year, he became a lecturer at the University of Vienna; by 1932 he had accepted a professorship at the London School of Economics. While in London, Hayek published two of his most important, and largely theoretical, books on capital theory, Profits, Interest, and Investment (1939) and The Pure Theory of Capital (1941). After having established a solid reputation as an economist, Hayek became an outspoken and highly effective critic of both nationalism and socialism. His most famous book, The Road to Serfdom (1945), was dedicated to "socialists of all parties" and condemned socialism in all its forms. The book was panned by socialists, praised by antisocialists, generally distorted by critics and admirers alike, and became a runaway bestseller. In 1950 Hayek left London for the University of Chicago, where he remained for the next 12 years as a professor of moral and social sciences. Although he continued to teach some economics, his work focused more on historical, legal, and methodological issues. In 1962 Hayek went to Freiburg University in West Germany and then to the University of Salzburg from 1968 to 1977. While at Salzburg, in 1974, he was awarded the Nobel Prize in economics (jointly with Gunnar Myrdal) for his pioneering analysis of the interdependence of economic, social, and institutional phenomena. 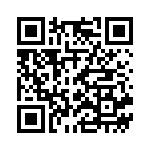