Affairs and scandals in Ancient Egypt

"No civilization has imitated the superhuman better than that of pharaonic Egypt," writes Vernus, director of studies at France's prestigious Ecole Pratique des Hautes etudes. His study presents half ... Leer reseńa completa

The late David Lorton, an Egyptologist, was the translator of many books, including Ancient Egypt in 101 Questions and Answers, The Secret History of Hermes Trismegistus, The Secret Lore of Egypt, and Akhenaten and the Religion of Light, all from Cornell. 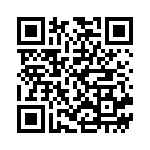