David B. Ruderman is Joseph Meyerhoff Professor of Modern Jewish History and Director of the Center for Advanced Judaic Studies at the University of Pennsylvania. Among his books are Jewish Enlightenment in an English Key and Jewish Discovery and Scientific Thought in Early Modern Europe. Giuseppe Veltri is Professor of Jewish Studies at the University of Halle-Wittenberg and Director of the Leopold Zunz Centre for the Study of European Judaism. He is author of Juden in der Renaissance and Gegenwart der Tradition. 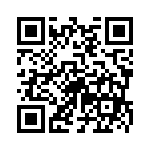