Joseph Frank is Professor of Comparative Literature Emeritus at Princeton University and Professor of Comparative Literature and Slavic Languages and Literature Emeritus at Stanford University. For Dostoevsky: The Years of Ordeal, 1850-1859, Frank won the 1984 National Book Critics Circle Award for Biography. In addition to the previous volumes of Dostoevsky, he is the author of Through the Russian Prism: Essays on Literature and Culture (Princeton). 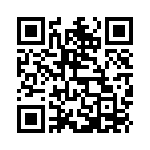