Pßgina 226
place to catch fish , I thought . My ten pounds was in the bag . We went into the hut . The principal room was sparsely furnished , except that , displayed in glass cases round the walls , were some of the largest and most melancholy ...
Pßgina 509
playing a fish which , without ever showing itself , swam in diminishing arcs sideways - on to the pull . Quite soon he had it below him , floundering weakly against the hull , where he held it , head out of water , until it was still .
Pßgina 514
The pool was two hundred yards long , and anywhere in it in the swirls and eddies at its head , in the glassy glide that swept down it , or in the boulder - strewn shallows at its tail - one might take a tiger - fish , if experience had ... 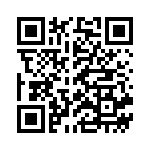