Página 5
Our call was for half - past six in the morning when , I was assured , the telephone at my bed - head would summon me . I woke earlier , for at half - past three in the morning the dawn broke the blue curtain of sky became first an ...
Página 155
66 a towards serving him , the old the counter , I saw that it was already less than half full . He met my dismayed glance with a quizzical half smile ; then said , " Unlike you , sir , the nine lovely daughters of Zeus never visit this ...
Página 267
I never told him what it was for , but by dint of dark muttering about steam , experiments at school , and so forth , I managed to get him to give me three feet of half - inch bore gas - pipe , with a cap screwed firmly on to one end . 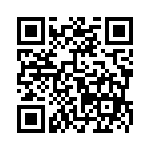