Master of Ashtanga Yoga Sri K. Pattabhi Jois seminal treatise and guide Yoga Mala is a wonderful offering to the world on the joy and benefits of yoga. Jois discusses the principles philosophy ... Leer reseńa completa

Sri K. Pattabhi Jois, a master of Ashtanga Yoga and a professor of Sanskrit, studied for twenty-five years with T. Krishnamacharya. He passed away in 2009 at the age of ninety-three. 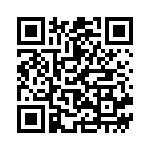