Bob Anderson has taught geomorphology since 1988, first at University of California, Santa Cruz, and now at University of Colorado, Boulder. Bob has now studied most parts of landscapes, from the glaciated tips to the coastal toes, with significant attention to sediment transport mechanics, interaction of geophysical and geomorphic processes to shape mountain ranges, evolution of bedrock canyons and glaciated landscapes. He has participated in the development of a new tool kit that employs cosmogenic radionucides to establish timing in the landscape. He develops numerical models of landscapes that honor both field observations and first principles of conservation; these models in turn have served to hone his field efforts. In the course of this academic adventure, he was founding editor of Journal of Geophysical Research - Earth Surface, co-authored the textbook Tectonic Geomorphology (2000, Wiley-Blackwell) with Doug Burbank, and has been honoured by election as a Fellow of the American Geophysical Union.

Suzanne Anderson has been on the faculty at University of Colorado, Boulder since 2004, where she teaches courses on Geomorphology, Earth's Critical Zone, Landscapes and Water, and Glaciers and Permafrost. Her awards include an Outstanding Graduate Student Instructor award at University of California, Berkeley, a NASA Graduate Student Fellowship in Global Change Research, and an NSF Earth Sciences Post-doctoral Fellowship. Suzanne's research has taken her to Svalbard, Alaska, Oregon and Nepal, and has focused on interactions between chemical weathering, hydrology, and physical erosion mechanisms. She currently directs the Boulder Creek Critical Zone Observatory, an NSF environmental observatory based at the University of Colorado and involving researchers from four institutions and agencies. Suzanne was editor of Arctic, Antarctic and Alpine Research from 2004–2006, and served as an associate editor of Journal of Geophysical Research - Earth Surface from 2002–2006. 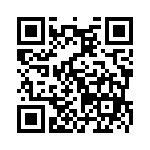