Página
415 Memoirs of Casanova - Jacques Casanova de Seingalt , Eighteenth - Century Charlatanry - Character of Casanova's Memoirs A Sanctuary for the Owl - Love of Animals and Their Des : truction - Mr . Merivale's “ Bar , Stage and Platform ...
Página 187
a Apart from its twelfth - century cathedral , upon which I will not dwell , Sens is interesting by reason of the fact that the Earls of Devon descend from the Courtenays , early Counts of Sens . Then , too , there is a relic of the ...
Página 275
In the fifteenth century a country gentleman began his dinner with “ brawn and mustard , bacon and peas , beef or mutton stewed , boiled chicken , roast goose , pig or capon , or custard , as the season suits . 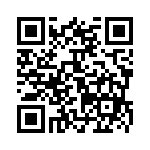