This book is necessary and important for its critical insight of powerful institutions, governments and players. Having lived in Latin America for many years, I've experienced first hand the consequences of disastrous policies. Leer reseńa completa

I have long wanted to understand how the World Bank and the IMF work. This book gives an excellent description from an ex-Chief Economist at the World Bank. Joseph Stiglitz cannot be dismissed as some ... Leer reseńa completa

Página xvii - Decisions were made on the basis of what seemed a curious blend of ideology and bad economics, dogma that sometimes seemed to be thinly veiling special interests.
Aparece en 15 libros entre 2003 y 2007
Página 9 - A growing divide between the haves and have-nots has left increasing numbers in the Third World in dire poverty, living on less than a dollar a day.
Aparece en 16 libros entre 2002 y 2007
Más
Página 11 - But even when not guilty of hypocrisy, the West has driven the globalization agenda, ensuring that it garners a disproportionate share of the benefits, at the expense of the developing world.
Aparece en 7 libros entre 2003 y 2005
Menos

Joseph E. Stiglitz is a Nobel Prize–winning economist and the best-selling author of Globalization and Its Discontents Revisited: Anti- Globalization in the Age of Trump, The Price of Inequality, and Freefall. He was chairman of the Council of Economic Advisers under President Clinton, chief economist of the World Bank, named by Time as one of the 100 most influential individuals in the world, and now teaches at Columbia University and is chief economist of the Roosevelt Institute. 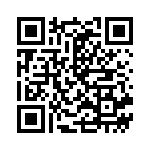