Bruce Horner has degrees in both music and English. His essays on song criticism have appeared in such journals as Mosaic, Writing on the Edge, and the Journal of Musicology. He is Associate Professor of English at Drake University, where he teaches courses on song criticism.

Thomas Swiss has had essays published in Popular Music, Postmodern Culture, New England Review, and The New York Times Book Review. His most recent books are Rough Cut, a collection of poems (1997), and the co-edited Mapping the Beat: Popular Music and Contemporary Theory (Blackwell, 1997). He teaches courses on music and contemporary culture at Drake University, where he is Center for the Humanities Professor. 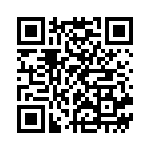