Samuel K. Cohn is a professor at the University of Glasgow. 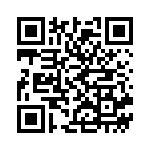