Jacob Burckhardt was born in Basel, Switzerland on May 25, 1818. He received a degree in theology in 1839 and then attended the University of Berlin to study history. He taught at the University of Basel from 1843 to 1855, then at ETH, the engineering school in Zurich. In 1858, he returned to Basel to assume the professorship he held until his 1893 retirement. He was a historian of art and culture, and is considered one of the founding fathers of art history and one of the original creators of cultural history. His first book, Die Kunstwerke der belgischen Städte, was published in 1842. His best known works are The Civilization of the Renaissance in Italy and The History of the Renaissance in Italy. His other works include The Age of Constantine the Great, Judgments on History and Historians, and The Greeks and Greek Civilization. He died on August 8, 1897. 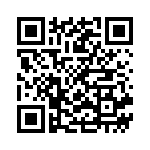