Página 131
Strictures on Ancient Mythology , founded en Mr. Bryant's Book . 131 gion an high prieft , as is most probable , they attributed to him , as ufual , the name of the God that he ferved , Ass , Bois , Bis , or Ori , from whence evidently ...
Página 162
THIS zealous author , whom we have before had the pleasure of introducing to the publick as the most trenuous exhorter of every argument for the abolition of flavery , and who is fo well known for his principles of ancient liberty , now ...
Página 252
A Vindication of the ancient Hiftory of Ireland ; wherein is fhewn , 1. The Defient of its cid Inbabitants from the Phćno - Scythians of the hoft . , II . The eary Skill of the Phćno - Scythians in Navigation , Arts , and Letters . 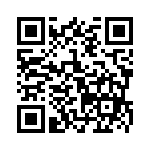