Página 70
“ Like Pinter's No Man's Land . ” Brugge is a metropolis of polder( We saw it the other day in Brus- land , a mother of arts and tourism , sels . ) “ It does not move , or the handiest compendium of alien change , or grow old .
Página 228
We had already been Conservation of Nature in Switzer- gathering material in Tunisia , filming land , were to act as hosts to delegates the ancient food - production techfrom some ninety nations at the niques of the Berbers , the camel ...
Página 487
The Assyrians , marching Again and again in history we on foot , could only conquer their find a small nation , treated as inneighbours , who were accessible significant by its contemporaries , by land — the Medes , the Baby- suddenly ... 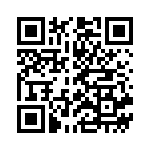