PÃgina 74
a All those divine creatures , those heroines of Shakspeare , were acted in his day , and for some time afterwards , by youths and young men . May we not fancy that this hard condition was sorrow to Shakspeare , who , of all men ...
PÃgina 75
On August 18 , 1660 , Pepys saw “ The Loyall Subject " ( Beaumont and Fletcher again ) , “ where one Kynaston , a boy , acted the Duke's sister , Olympia , but made the loveliest lady that ever I saw in my life .
PÃgina 297
This play does not appear to have been acted , which was not the case with his other equally violent production , entitled ' The Rump : or the Mirrour of the late Times , a comedy , acted with great applause at the private house in ... 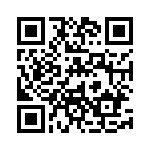