Página 292
The marriage of Charles “ the Bold , " who inherited the Earldom of Flanders , with Margaret Plantagenet , daughter of Richard , Duke of York , took place only a few years before the fatal battle of Bosworth , and the nuptial ...
Página 397
Richard Maunsell , rector of the an Inspecting - Commander in the Coast united parishes of Innislonagh and Monks- Guard , and in the latter year he obtained land , the duties of which he had dis- command of the Sappho on the N.
Página 440
The statues in question are those of Henry the Second , Richard Cour - de - Lion , Eleanor of Guienne , and Isabelle of Angoulęme . Much historic and poetic interest , as our readers are doubtless aware , gathers about the resting ... 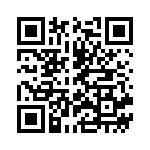