Not my normal fare. Even when I was the right age to be a KISS fan, I thought the lyrics went "I wanna rock and roll all night, and PART OF every day...." Understand why many readers think this book ... Leer reseńa completa

All I can say is WOW! I thought that Ace Frehley’s book was going to be the “tell all” Kiss book with the wild stories. This book screams past Ace’s with more sex, more guns, more drugs and more ... Leer reseńa completa

Peter Criss co-founded KISS in 1973 along with Gene Simmons, Paul Stanley, and Ace Frehley. He left the band in 1979, embarking on a solo career. In 1995, he reunited with KISS, resulting in a phenomenally successful world tour before he left the band again in 2004. Criss appeared in the HBO series Oz in 2002, and he continues to write and record music. His most recent solo album, 2007’s One for All, reached #36 on the Billboard Top Independent Album list. 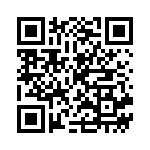