Robert Plomin is MRC Research Professor of Behavioral Genetics at the Social, Genetic and Developmental Psychiatry Centre at the Institute of Psychiatry in London. He received his doctorate in psychology from the University of Texas, Austin, in 1974, one of the few graduate programs in psychology that offered a specialty in behavioral genetics at that time. He then became an assistant professor at the Institute for Behavioral Genetics at the University of Colorado, Boulder, where he began working with John DeFries. Together, they created the longitudinal Colorado Adoption Project of behavioral development, which has continued for more than 30 years. Plomin worked at Pennsylvania State University from 1986 until 1994, when he moved to the Institute of Psychiatry in London to help launch the Social, Genetic and Developmental Psychiatry Centre. The goal of his research is to bring together genetic and environmental research strategies to investigate behavioral development. Plomin is now conducting a study of all twins born in England during the period 1994 to 1996, focusing on developmental delays in childhood. He is a past president of the Behavior Genetics Association (1989-1990) and has received lifetime achievement awards from the Behavior Genetics Association (2002), American Psychological Society (2005), the Society for Research in Child Development (2005), and the International Society for Intelligence Research (2011). John C. DeFries is professor of psychology and faculty fellow of the Institute for Behavioral Genetics, University of Colorado, Boulder. After receiving his doctorate in agriculture (with specialty training in quantitative genetics) from the University of Illinois in 1961, he remained on the faculty of the University of Illinois for six years. In 1962, he began research on mouse behavioral genetics, and the following year he was a research fellow in genetics at the University of California, Berkeley. After returning to Illinois in 1964, DeFries initiated an extensive genetic analysis of open-field behavior in laboratory mice. Three years later, he joined the Institute for Behavioral Genetics, and he served as its director from 1981 to 2001. DeFries and Steve G. Vandenberg founded the journal Behavior Genetics in 1970, and DeFries and Robert Plomin founded the Colorado Adoption Project in 1975. For over three decades, DeFriess major research interest has concerned the genetics of reading disabilities, founding the Colorado Learning Disabilities Research Center with Richard K. Olson in 1990. He served as president of the Behavior Genetics Association in 1982 and 1983, receiving the associations Th. Dobzhansky Award for Outstanding Research in 1992; and he became a Fellow of the American Association for the Advancement of Science (Section J, Psychology) in 1994 and the Association for Psychological Science in 2009. Valerie S. Knopik is Director of the Division of Behavioral Genetics at Rhode Island Hospital and Associate Professor in the Departments of Psychiatry & Human Behavior and Behavioral & Social Sciences at the Warren Alpert School of Medicine at Brown University. She received her doctorate in Psychology from the University of Colorado, Boulder in 2000, where she worked with John DeFries and conducted research in the Colorado Learning Disabilities Research Center. She subsequently completed a fellowship in psychiatric genetics and genetic epidemiology at Washington University School of Medicine in St Louis from 2000-2002 and continued as junior faculty for two years. She joined the faculty at Brown University in 2004 and holds an Adjunct Associate Professor appointment at Washington University School of Medicine in St Louis. Knopiks primary area of interest is the joint effect of genetic and environmental (specifically prenatal and early postnatal) risk factors on child and adolescent externalizing behavior, associated learning and cognitive deficits, and later substance use. She serves as Associate Editor of Behavior Genetics and Field Chief Editor of Frontiers in Behavioral and Psychiatric Genetics. Her work has been recognized by the Research Society for Alcoholism as a finalist for Enoch Gordis Research Recognition Award, the NIDA Genetics Workgroup, and she received the Fuller and Scott Early Career Award from the Behavior Genetics Association in 2007. Jenae M. Neiderhiser is Liberal Arts Research Professor of Psychology at The Pennsylvania State University. After receiving her Ph.D. in Human Development and Family Studies from The Pennsylvania State University in 1994, she joined the faculty of the Center for Family Research, Department of Psychiatry and Behavioral Science at The George Washington University in Washington, D.C., advancing from Assistant Research Professor to Professor from 1994 to 2007. In 2007 she joined the Department of Psychology at The Pennsylvania State University and also holds the appointment of Professor of Human Development and affiliate scientist at the Oregon Social Learning Center. Neiderhisers work has focused on how genes and environments work together throughout the lifespan. She has had a particular focus on genotype-environment correlation and how individuals shape their own environments, especially within the family. In her pursuit of this question she has collaborated on developing a number of novel or underutilized research designs including the Extended Children of Twins and an ongoing prospective adoption study, the Early Growth and Development Study. Neiderhiser is an associate editor for the Journal of Research on Adolescence and Frontiers in Behavioral and Psychiatric Genetics and is on the editorial board of several developmental psychology journals. 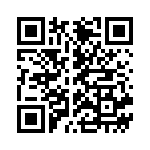