Página 14
66 looked at the two the deeper the contrast seemed to become . Both , for example , had rather thin lips ; but his were rigid , precise , and seeming to part with a certain deliberation and even difficulty : Hers appeared , even when ...
Página 47
The artilleryman seemed to be the recognised leader of the mounted party , and I immediately spoke to him , saying " I have served side by side with French soldiers in the Crimea , and will go anywhere with you , but I look to you as a ...
Página 370
Not the slightest fear , however , did there seem to be of such an occurrence , though almost every one of the ... But the Turks seemed to feel themselves secure , rather because of the cowardice than of the generosity of their foes . 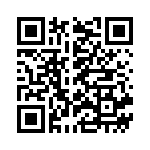