Página 150 - Was there ever," cried he, " such stuff as great part of Shakespeare ? only one must not say so ! But what think you ? — What ? — Is there not sad stuff ? — What ? — what ?" " Yes, indeed, I think so, sir, though mixed with such excellences, that — "
Aparece en 158 libros entre 1799 y 2007
Página 106 - Adieu, my dear daddy, I won't be mortified, and I won't be downed, — but I will be proud to find I have, out of my own family, as well as in it, a friend who loves me well enough to speak plain truth to me.
Aparece en 53 libros entre 1803 y 2005
Más
Página 238 - A melancholy day," she writes ; " news bad both at home and abroad. At home the dear, unhappy king still worse; abroad new examinations voted of the physicians. Good heavens ! what an insult does this seem from Parliamentary power, to investigate and bring forth to the world every circumstance of such a malady as is ever held sacred to secrecy in the most private families ! How indignant we all feel here no words can say.
Aparece en 45 libros entre 1803 y 2007
Página 223 - From this time,' continues Miss Burney, ' as the poor King grew worse, general hope seemed universally to abate ; and the Prince of Wales now took the government of the house into his own hands. Nothing was done but by his orders, and he was applied to in every difficulty. The Queen interfered not in anything ; she lived entirely in her two new rooms, and spent the * It is fair to mention that the Prince afterwards apologized to his old subgovernor on meeting him at Kew.
Aparece en 32 libros entre 1842 y 2007
Página 81 - Oh, Mr. Smith, Mr. Smith is the man !' cried he, laughing violently. ' Harry Fielding never drew so good a character ! — such a fine varnish of low politeness ! — such a struggle to appear a gentleman ! Madam, there is no character better drawn anywhere — in any book, or by any author.
Aparece en 49 libros entre 1842 y 2006
Página 271 - A scene almost horrible ensued,' says Miss Burney. ' She was too much enraged for disguise, and uttered the most furious expressions of indignant contempt at our proceedings. I am sure she would gladly have confined us both in the Bastille, had England such a misery, as a fit place to bring us to ourselves, from a daring so outrageous against imperial wishes.
Aparece en 52 libros entre 1803 y 2005
Página 97 - Mr. Sheridan has a very fine figure, and a good though I don't think a handsome face. He is' tall, and very upright, and his appearance and address are at once manly and fashionable, without the smallest tincture of foppery or modish graces. In short, I like him vastly, and think him every way worthy his beautiful companion.
Aparece en 27 libros entre 1842 y 2006
Página 164 - ... the parade, and turning from side to side to see everybody as she passed ; for all the terracers stand up against the walls, to make a clear passage for the royal family the moment they come in sight. Then followed the King and Queen, no less delighted with the joy of their little darling.
Aparece en 79 libros entre 1842 y 2007
Página 84 - I'll tell you, sir ; when I am with you, and Mr. Thrale, and Queeny, I am obliged to be civil for four.' If Mrs. Thrale engrossed a large share of her novice's time this autumn, she took pains to make her talk a little in company, and prepared her, in some degree, for the ordeal that awaited her during the ensuing winter in London. Numerous visitors were invited to Streatham to become acquainted with the timid young writer, who, though accustomed to society, had never yet learned to make her voice...
Aparece en 33 libros entre 1842 y 1989
Página 144 - I had now retreated to the wall, and purposed gliding softly, though speedily, out of the room ; but before I had taken a single step, the king, in a loud whisper to Mrs. Delany, said, " Is that Miss Burney?" — and on her answering, "Yes, sir," he bowed, and with a countenance of the most perfect good humour, came close up to me. A most profound reverence on my part arrested the progress of my intended retreat. " How long have you been come back, Miss Burney ? "
Aparece en 41 libros entre 1821 y 2007
Menos

Frances ("Fanny") Burney 1752 - 1840 Frances Burney also known as Fanny Burney and, after her marriage, as Madame d'Arblay, was an English novelist, diarist and playwright. She was born on June 13, 1752 and wrote four novels (Evelina, Cecilia, Camilla and The Wanderer). Her first novel was written anonymously in 1778, without her fatherżs knowledge or permission. After it became a literary success, she admitted to her father that she was the author. Her novels were read by many, including Jane Austen whose title Pride and Prejudice was formed from reading the last pages of Burney's novel, Cecilia. Burney is more well known for her journals. She kept a diary for 72 years. In these diaries she recounts a first-hand look at English society in the 18th Century. In 1810 when she suffered from breast pain, it was believed that she had breast cancer; she elected to have a mastectomy performed. This procedure is retold in her journals, and as there was no anesthesia at the time and she was conscious throughout, the entries for this mastectomy are very compelling. In 1793 Burney married General Alexandre d'Arblay, a French general to Lafayette. They had one child, Alexander. In her later years, Burney lived in Bath, England. She is buried there in Walcot Cemetery with her husband and son. Burney died on January 6, 1840 at 87 years of age. 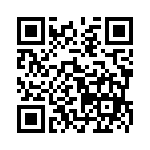