Página 69
Dean and Chapter fell into the Procession , ing , with bouquets of cypress . attended by the Minor Canons and Vicars The whole moved on in solemn pace , Choral , & c . of St. Paul's Cathedral , afthrough the Strand to Temple Bar gate ...
Página 71
on the Weft fide of the Organ ; the Body temporary lanthorn , the contrivance of borne and attended as before , Mr. Wyatt , confifting of an octagonal The Chief Mourner , with his Support- framing of wood , painted black , and fiers ...
Página 265
The Members of both Houses K. G. Earl of Carysfort , K. St. P. Lord of Parliament who attended were very Glastonbury , ( absent , from indifpofiExclusive of those who per- , tion , ) Viscount Ehrington , Gen. 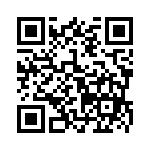