Author (and Marine Corps Col.) Thomas Xavier Hammes didn’t invent the concept of “Fourth Generation Warfare” (4GW) but popularized it and made it a subject of cocktail party conversation a couple ... Leer reseńa completa

Insurgents are patient. I don't see how one "wins." We aren't patient. The writing in this book is very clunky. But the information and argument have stayed with me. Leer reseńa completa

A graduate of the U.S. Naval Academy and a career Marine, Thomas Hammes has spent most of his twenty-eight years serving in infantry and intelligence assignments. Colonel Hammes is considered by many in the defense community as the foremost expert in insurgent warfare. He has written numerous articles on defense issues and has appeared on PBS News Hour and other cable and network broadcasts. He is a senior military fellow at the National Defense University. He lives with his family in northern Virginia. 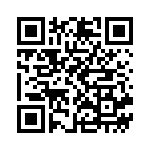