Fernando de Rojas, of Jewish parentage and a convert to Christianity during the Inquisition, is generally considered to have written all but the first act of Celestina. This drama, or novel in dialogue, first appeared in 1499 as The Comedy of Calisto and Melibea, then in 1502 as Tragi-Comedy with five additional acts, and finally in 1519 as Celestina in the version now read. While grounded in medieval morality and conventions of courtly love, the work has been designated by Menendez y Pelayo as marking the birth of the Spanish Renaissance for its tragic lovers Calisto and Melibea, whose passions lead to their own destruction. The work is also known for its use of elegant language, its individualized characters, its glorification of the pleasures of this life, and its emphasis on luck as the law of the universe. Celestina, a worldly wise old schemer who is totally preoccupied with procuring sexual love, once for herself and now for others, is the grand creation of the work. The most important source for the character of Celestina is Juan Ruiz's The Book of Good Love; the influence of Boccaccio (through the archpriest of Talavera), as well as Greek and Latin works, may also be detected. Some critics consider Celestina to be surpassed in Spanish literature only by Cervantes's Don Quijote. 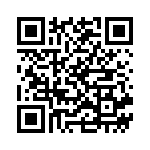