David P. Ausubel was born in 1918 and grew up in Brooklyn, New York. He attended the University of Pennsylvania, taking the pre-medical course and majoring in Psychology. After graduating from the medical school at Middlesex University, he completed a rotating internship at Gouveneur Hospital located in the lower east side of Manhattan, including the Little Italy and Chinatown of 1944. His military service began then with the US Public Health Service. He was assigned to UNRRA (United Nations Relief and Rehabilitation Administration) in Stuttgart, Germany working with displaced persons. Three psychiatric residences followed: with the US Public Health Service in Kentucky, the Buffalo Psychiatric Center, and Bronx Psychiatric Center. With assistance from the GI Bill, he earned a PH.D in Developmental Psychology from Columbia University. A series of psychological professorships ensued at schools of education: the University of Illinois, University of Toronto, and in the European universities at Berne, the Salesian University at Rome, and the Officer's Training College at Munich. He received a Fulbright Research Grant in 1957-58 to do a comparative study of the vocational motivation of Maoris and Europeans. In 1973 he retired from academic life to devote full time to his psychiatric practice. His principal interests in psychiatry have been general psychopathology, ego development, drug addiction, and forensic psychiatry. Dr. Ausubel published extensively : textbooks in developmental and educational psychology and books on specialized topics such as drug addiction, psychopathology, and ego development, and over 150 articles in psychological and psychiatric journals. In 1976 he received the Thorndike Award from the American Psychological Association for "Distinguished Psychological Contributions to Education". He retired from professional life in 1994 to devote himself full time, at the age of 75, to writing. 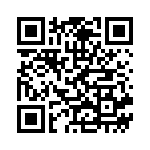