Página 55
... or the of the National Bank , and the kabab shops of Isfahan , of new railway has been built those manners and customs north and south , from the which , in the past , were the Caspian to the Persian Gulf , secret of her charm .
Página 237
... long dis- metalled bohreen , and Erris will used and overgrown with scrub have lost its charm . hazel , rowan , and thorn - bushes . When the sandhills were past , This held several magpies , came a stretch of flat land with ...
Página 308
Several lorries and charaWe passed Yaroslavl and bancs , labelled TAKSI , went approached the the suburbs of past and disappeared in various Moscow . • We shall arrive at directions , but there was noththe North Station , " observed ing ... 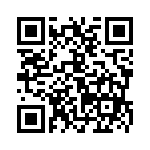