DONALD R. STABILE is Professor of Economics at St. Mary's College of Maryland and Associate Editor of Business Library Review. His recent books include Work and Welfare: The Social Costs of Labor in the History of Economic Thought (Greenwood, 1996) and The Public Debt of the United States: An Historical Perspective (Praeger, 1991). 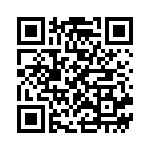