Susanne Fusso is a professor in the Department of Russian Language and Literature at Wesleyan University. She is the author of Designing Dead Souls: An Anatomy of Disorder in Gogol (Stanford, 1993). She is the translator and editor of A Russian Prince in the Soviet State: Hunting Stories, Letters from Exile, and Military Memoirs (2005) and coeditor of Essays on Karolina Pavlova (2001) and Essays on Gogol: Logos and the Russian Word (1994), all published by Northwestern University Press. 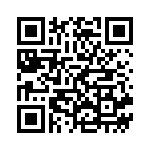