Peter Brooker is Emeritus Professor in the Department of Culture, Film and Media, the University of Nottingham. He has written widely on contemporary writing, theory, and film is the author of Bertolt Brecht: Dialectics, Poetry, Politics, New York Fictions, Modernity and Metropolis, Bohemia in London and A Glossary of Cultural Theory. He has co-edited The Geographies of Modernism, and was co-director of the AHRC funded Modernist Magazine Project (2005-2010). Most recently he is co-editor of volumes I and II of The Oxford Critical and Cultural History of Modernist Magazines and of The Oxford Handbook of Modernisms. He was a Professorial Fellow at the Center for Modernist Studies at the University of Sussex and a Visiting Professor at the University of Birmingham. He served between 2005 -2011 as Chair of the Raymond Williams Society.

Sascha Bru is Professor of Literary Theory at the University of Leuven. He has written extensively on the poetics and politics of the modernist avant-gardes, including Democracy, Law and the Modernist Avant-Gardes: Writing in the State of Exception and the co-edited volumes, The Invention of Politics in the European Avant-Garde - 1906-1940, Europa! Europa? The Avant-Garde, Modernism and the Fate of a Continentand Regarding the Popular: High and Low Culture in Modernism and the Avant-Garde. He is a founder of the European Network for Avant-Garde and Modernist Studies (EAM).

Andrew Thacker is currently Professor of English Literature at Nottingham Trent University. He was previously Professor of Twentieth Century Literature and Director of the Centre for Textual Studies at De Montfort University, Leicester. He co-founded the Northern Modernism seminar and is an editor of the journal Literature & History. He has published widely upon modernism, including Moving Through Modernity: Space and Geography in Modernism, The Imagist Poets, and the co-edited The Oxford Handbook of Modernisms. He is currently Chair of the British Association for Modernist Studies.

Dr. Christian Weikop, Senior Lecturer and Chancellor's Fellow in History of Art at the University of Edinburgh,is a specialist in modern and contemporary German art and has published extensively in this field, most recently on the Br cke group and Anselm Kiefer. He has given guest lectures and published books, articles and catalogue essays on German art with many of the most important art and academic institutions in the world, including: Museum of Modern Art New York (MoMA), Los Angeles County Museum of Art (LACMA), Harvard University, Humboldt University in Berlin, Hamburg Arts and Crafts Museum, the Courtauld Institute, Royal Academy London, Scottish National Gallery of Modern Art, and Tate Modern. He is also a curator and a presenter of arts documentaries for BBC radio. 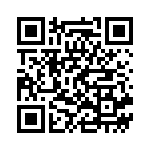