Página 314
For this glebe man - green , Wood - greene ( of which land the vicar rendered to his it hath denomination ) , the Hill , patrons , the canons of the priory Tottenham - wood , and Boundes- of the Holy Trinity , Aldgate , one brooke .
Página 437
To this end the Tsar , band of zealous Gallicans on September 9 , signed a decree doing their best to spread the authorising the sale of Crown movement , lest the Church should lands , estimated at 10,000,000 fall a prey to covetous ...
Página 540
in the time of the third Edward . vent of Holy Trinity , London , of The modern Wyre Hall , standing all her right by way of dower or on the opposite bank of Pymmes otherwise in the lands and tenebrook , is often called Weir Hall- ments ... 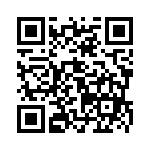