Carolyn P. Boyd is Professor of History at the University of Texas at Austin. She is the author of Praetorian Politics in Liberal Spain. 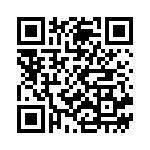